NASA’s Hubble Space Telescope clearly shows the central core and accompanying jet of the giant elliptical galaxy M87. This near-infrared image was taken with HST’s Wide Field and Planetary Camera (WF/PC), in high resolution mode, on June 1, 1991. The image is being presented on Thursday, January 16th at the 179th meeting of the American Astronomical Society in Atlanta, Georgia.

A NASA Hubble Space Telescope (HST) view of a 4,000 light-year long jet of plasma emanating from the bright nucleus of the giant elliptical galaxy M87. This ultraviolet light image was made with the European Space Agency’s Faint Object Camera (FOC), one of two imaging systems aboard HST. This photo is being presented on Thursday, January 16th at the 179th meeting of the American Astronomical Society meeting in Atlanta, Georgia. M87 is a giant elliptical galaxy with an estimated mass of 300 billion suns. Located 52 million light-years away at the heart of the neighboring Virgo cluster of galaxies, M87 is the nearest example of an active galactic nucleus with a bright optical jet. The jet appears as a string of knots within a widening cone extending out from the core of M87. The FOC image reveals unprecedented detail in these knots, resolving some features as small as ten light-years across. According to one theory, the jet is most likely powered by a 3 billion solar mass black hole at the nucleus of M87. Magnetic fields generated within a spinning accretion disk surrounding the black hole, spiral around the edge of the jet. The fields confine the jet to a long narrow tube of hot plasma and charged particles. High speed electrons and protons which are accelerated near the black hole race along the tube at nearly the speed of light. When electrons are caught up in the magnetic field they radiate in a process called synchrotron radiation. The Faint Object Camera image clearly resolves these localized electron acceleration, which seem to trace out the spiral pattern of the otherwise invisible magnetic field lines. A large bright knot located midway along the jet shows where the blue jet disrupts violently and becomes more chaotic. Farther out from the core the jet bends and dissipates as it rams into a wall of gas, invisible but present throughout the galaxy which the jet has plowed in front of itself. HST is ideally suited for studying extragalactic jets. The Telescope’s UV sensitivity allows it to clearly separate a jet from the stellar background light of its host galaxy. What’s more, the FOC’s high angular resolution is comparable to sub arc second resolution achieved by large radio telescope arrays.

The steady increase in brightness of M87 towards its center is readily apparent in the image, showing that the stars in MS7 are strongly concentrated towards its nucleus, as if drawn into the center and held there by the gravitational field of a massive black hole. Theoretical models suggest that the structure of Mg7 is consistent with a central 2.6 billion solar mass black hole. High resolution spectroscopic observations are now needed to confirm this possibility.

The spot of light directly at the center of M87 is not due to starlight, but appears to be a visible counterpart of the strong nuclear radio source. The nuclear emission appears to be produced by hot plasma interacting with magnetic fields and is perhaps generated by a super hot disk of infalling gas expected to surround the black hole. This accretion disk is presumably also the source of the plasma jet which extends for more than 5,000 light years from the nucleus.

Also visible in the image are a number of faint starlike sources scattered about the center. These are globular clusters orbiting within M87, each composed of 100 thousand to 1 million stars. 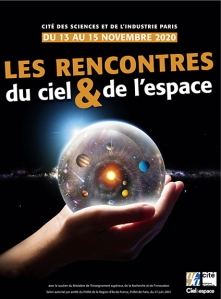